Development of new energy should be established as an important strategy for China to address energy shortage and environmental woes, Zhang Guobao, head of the National Energy Administration, said Saturday.

To develop new sources of energy has become an important strategy for many countries to fight for a dominance in the combat against climate change, and China should closely follow global developments in this area, beef up RD of new energy technologies, and invest more in the industry, said Zhang.

"If we fail to address the development of new energy from a higher horizon, we will regret to find ourselves falling behind others within 10 years," said Zhang, a member of the National Committee of the Chinese Peoples Political Consultative Conference (CPPCC).

Zhangs advocation is echoed by Ouyang Minggao, who underlined the use of new-energy vehicles at the same plenary meeting of the top political advisory body.

"The promotion of energy-efficient and new-energy vehicles is a necessary step in the countrys energy development and in the revival of the auto industry," said Ouyang, a Tsinghua University professor.

In China, coal makes up about 70 percent of its total energy consumption, 40 percentage points higher than the world average.

The country is seeking the development of other energy sources than coal to shift its heavy reliance on coal and reduce pollution.

Premier Wen Jiabao said in the government work report delivered to lawmakers Thursday that the country will "energetically develop a circular economy and clean energy."

The country would promote RD on technologies in new energy sources and develop clean energy such as nuclear, wind, and solar power this year, according to Wens report.

Yang Qi, honorary president of the Nuclear Power Institute of China and a CPPCC National Committee member, urged the country to develop new technologies to conserve energy and reduce emissions.

He said the country is stressed by targets to improve energy efficiency and reduce emissions, as the country is expected to initiate more projects under the huge 4-trillion-yuan stimulus plan.

Premier Wen said Thursday the countrys energy consumption per unit of GDP fell by 4.59 percent from the previous year, chemical oxygen demand down by 4.42 percent, and sulfur dioxide emissions down by 5.95 percent.

Over the past three years, total energy consumption per unit of GDP dropped by 10.08 percent, chemical oxygen demand down by 6.61 percent, and sulfur dioxide emissions down by 8.95 percent, according to the Premier.

With the shortage of fossil energy have been a public human beings problem ,more and more new energy get humans attention, sun energy ,wind energy ,hydrogen and so on.

The solar energy is used as a kind of efficiently no pollution new energy, the substitute of a kind of future the normal regulations energy of century.

These new energies have so many advantages,no pollution and never depletion and,more important one is this time new energy technology will probably be the new driving force of economy because new jobs are to be created .

Now with the advance in technology of new energy,so much new energy products have go into our life.i believe new energy will make our life better and make our earth better.

Also kwn as n conventional energy. Refers to various kinds of energy of traditional forms of energy other than. Refers to the utilization or are beginning to promote positive research,energy, such as solar energy, geothermal energy, wind energy, ocean energy, biomass energy and fusion energy.

Various forms of new energy is the heat energy directly or indirectly from inside the sun or the earth out of the generated. Solar energy, wind energy, biomass energy, including hydropower,geothermal energy and ocean energy, as well as derived from renewable energy, bio fuels and hydrogen generated energy.

New energy including a variety of renewable energy and nuclear energy. Compared to conventional energy sources, new energy generally has the characteristics of less pollution,large reserves, to solve the serious problem of environmental pollution and resources(especially fossil energy) depletion problem has important significance. At the same time,because the new energy distribution, to solve the energy caused by the war has important significance.

According to the world the assertion, oil, coal and other resources will accelerate the reduction. Nuclear energy, solar energy will become the main energy.

Generalized on solar energy on earth is a lot of energy sources, such as wind energy,chemical energy, potential energy of water causes or transformed into by solar energy form.

The use of solar energy methods include: solar electricity pool, through the photoelectric conversion contained in the sun light energy into electrical energy; solar water heater, the use of solar heat hot water, and use hot water power etc..

Solar energy can be divided into 2 types:

(2)、The solar thermal technology of solar thermal energy modern polymerization sunlight, and use its energy to produce hot water, steam and electricity. In addition to the use of appropriate technology to collect solar energy, the building can also make use of light and heat of the sun,the method is added in the design of appropriate equipment, such as the giant south windows or the use of building materials can absorb and slowly release the heat of the sun.

The internal heat source can be derived from the earth gravity, tidal friction, chemical reaction and release of energy decay of radioactive elements. Radioactive heat energy is the mainsource of earth. China is rich in geothermal resources, widely distributed, has 5500 hot,geothermal field of 45, the total amount of about 3200000 megawatts of geothermal resources. 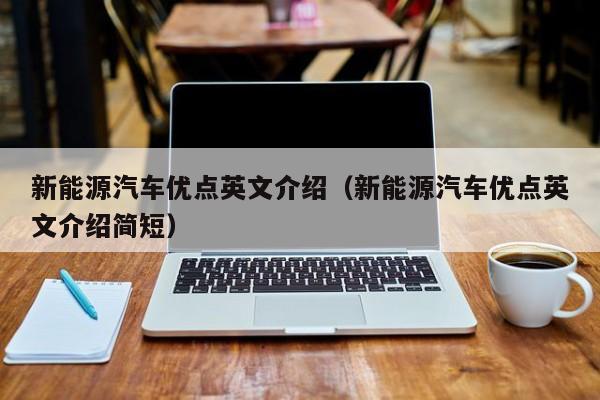 the good thing about electronic automobile car is that it is driven by electricity instead of petroleum. It does not give out bad smoke and does not pollute the environment.

It is smaller in size and the road get less congested.

Advantages and Disadvantages of EVs

The most obvious advantage of electric car batteries is that they don't produce the pollution associated with internal combustion engines. However, they still have environmental costs. The electricity used to recharge EV batteries has to come from somewhere, and right now, most electricity is generated by burning fossil fuels. Of course, this produces pollution. But how does the pollution produced by burning fossil fuels to recharge electric car batteries compare to the pollution produced by internal combustion engines? According to the Electric Vehicle Association of Canada, or EVAC, even EVs recharged from coal-powered electric generators cut carbon emission roughly in half. EVs recharged from cleaner forms of electrical power generation, such as hydropower and nuclear plants, can reduce carbon emissions to less than one percent of those currently produced by internal combustion engines. So, even in the worst case scenario, cars operated by EV batteries are cleaner than gas-powered cars.

Another important advantage of battery-powered motors over gas-powered engines is the lower cost of the fuel -- that is, electricity for EVs and gas for the internal combustion engines. The United States Department of Energy has calculated that a typical EV can run for 43 miles on a dollar's worth of electricity. Only a substantial drop in the cost of gasoline could give gas-powered cars anywhere near such a low cost per mile.

Yet another advantage of these rechargeable batteries is that they recycle well. Almost 100 percent of these batteries can be recycled, which keeps old batteries from becoming a disposal problem.

The major disadvantage of battery-powered cars, as we mentioned in the last section, is the time required to recharge the batteries. With lithium-ion battery technology, a fully charged EV can travel a distance comparable to an internal combustion engine vehicle with a full tank of gas, but it still needs to be placed on a recharger at the end of that time. At present, this means a drained EV will be out of service for several hours before it's fully recharged. Of course, this is a serious disadvantage. In the future, faster recharging technology may become available, but in the near term, electric cars won't be the vehicles of choice for long trips. Even so, most driving is done relatively close to home and for this reason, battery power will serve as well as gasoline power. A possible solution to the recharging situation may be battery-replacement stations, where instead of recharging your EV you can simply swap your drained battery for a fully charged one. This system would allow batteries to be recharged outside of vehicles and would greatly reduce the amount of time required to get an EV up and running again after its battery is fully discharged.

Another disadvantage of electric car batteries is their weight. Because they need to do more than traditional car batteries, electric car batteries need to be linked together into arrays, or battery packs, to provide additional power. These collections of batteries are heavy. The lithium-ion battery pack in a Tesla Roadster weighs about 1,000 pounds (453.6 kg). That's a lot of weight to carry and it can greatly reduce the car's range. However, the designers of the Roadster have offset this battery weight with a light frame and body panels. The entire car only weighs 2,690 pounds (1220.2 kg) -- not terribly heavy when you consider that more than a third of that weight is battery.

Given the importance of the battery to an electric car, you might wonder what will happen as that battery grows older. How long will it be able to power the car? And when it finally dies, can it be replaced or is it simply more economical to buy a new car? Read on to find out. 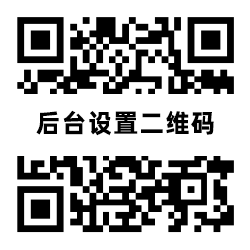